I’ve always been an El Camino fan of sorts but my affections were primarily based on the fact that the El Camino was essentially a “truckster” version of the iconic Chevrolet Chevelle muscle cars that I grew up loving. But what I didn’t know in my younger days was that the El Camino actually had a previous life… pre-Chevelle if you will.

The El Camino was first introduced in 1959 in response to the success Ford was having with their Ranchero model but unfortunately Chevy’s counterpart did not sell all that well and they discontinued production after the 1960 model year… just 2 year into the El Camino’s first life. Four years later Chevy decided to give the El Camino another go and then successfully sold the Chevelle-based model through 1987… but perhaps the rarest El Caminos are the 1959 and 1960 first-generation models.

I spotted this fine 1960 El Camino at a recent show in Nashville and when I saw it I couldn’t help but wonder why Chevy couldn’t sell these beauties. Great body lines, a sporty vibe and a futuristic dash all add up to a “way-cool” vehicle in my book. What do you think? 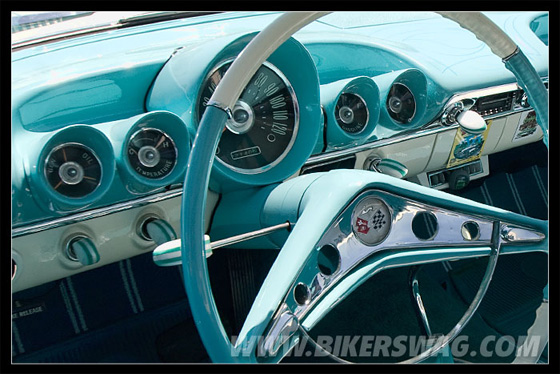