1968: The Third Generation of Corvette Begins! 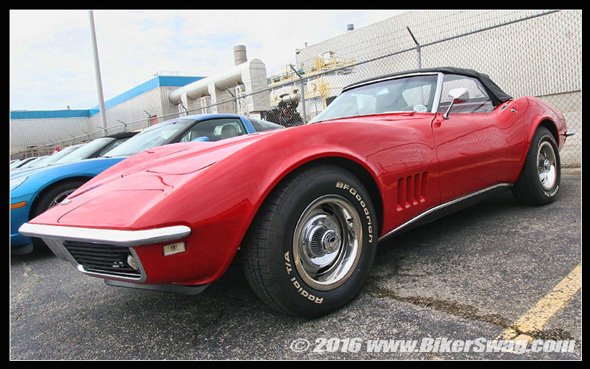 When you say the words American sports car, most immediately think of the Chevrolet Corvette. And why wouldn’t you? The fiberglass bodied wonder has been captivating men and women alike since it’s debut in 1953 and continues to make the hearts of the young and old in 2016 race a little bit faster at the sight of it’s seventh generation curves.

Did I say seventh generation? Yes, the Corvette has gone through seven major designs and re-designs since it’s inception and along the way has brought about technological advances that have kept it ahead of its competition and added new generations of fans and enthusiasts that have fallen in love with the Corvette model. But before I get too caught up in the beauty of the new C7 Corvette, let me step back in time and focus on my personal favorite generation of Corvette… the C3 or third generation and in particular… the 1968 model which ushered in a 15 year run of beautiful “Coke Bottle” shaped Corvettes.

Following the highly successful 2nd generation of Corvettes (1963 to 1967) was no easy task. The “new” design was a stretch for it’s time, drawing inspiration from a now legendary and

then quite futuristic 1965 Mako Shark II concept car. With it’s radical new body lines and completely re-designed interior, the 1968 Corvette was first met with skepticism but soon won over the public and the industry “experts” with its performance, eye-popping beauty, removable roof panels (T-Tops), flush door handles, front fender cooling vents, aviation inspired instrument cluster and a new optional Turbo Hydramatic 3-speed automatic transmission. Within months, the third generation Corvette was a major hit and kicked off the longest generation of Corvettes, lasting all the way up until 1982… and even surviving an assembly plant relocation from St. Louis, Missouri to Bowling Green, Kentucky during the 1981 production year.

And speaking of the Bowling Green, Kentucky plant (the current home of Corvette production and the National Corvette Museum), I recently had the privilege of attending the Bowling Green Assembly Corvette Club annual cruise-in held on the plant grounds, and spotted these two fine examples of ’68 models. The Rally Red car is a restored car and the Lemans Blue model is slightly modified. Both cars are perfect examples of the C3 Corvette and either would be welcome in my garage!

This entry was posted on January 2, 2016 by bikerswag. It was filed under Corvette .