By now, I’m sure everybody knows that back in February a massive sink hole opened up right under the National Corvette Museum in Bowling Green, Kentucky. Eight rare Corvette’s were sucked right into the earth. I went up about a month ago to see the damage for myself… and although pix cannot capture the massiveness of the hole… maybe these will at least give you an idea of what happened and the results. I’m also including security camera footage of the incident in case you’ve not seen it. 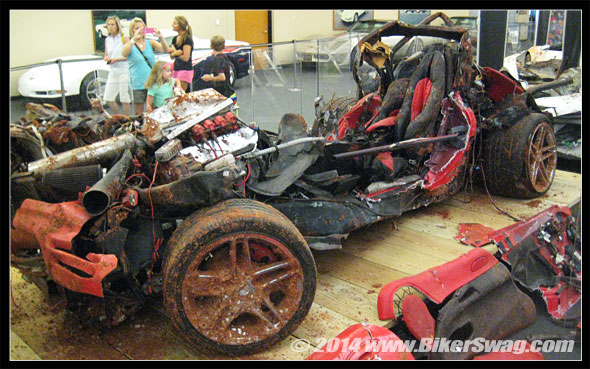 This entry was posted on August 3, 2014 by bikerswag. It was filed under Corvette, Out and About With Swag .