UPDATE ON THE ’66 STEPSIDE

Got a little more accomplished on the ’66 Stepside this weekend. A very good thing was that we discovered what was making the brakes grab and pull to the right. The inner axle seal, on the right rear, was leaking onto the brake pads… making a gooey mess. My buddy Dale took care of it by cleaning things up and replacing the seal. Thought I’d grab a pic of the innards while the differential cover was off. 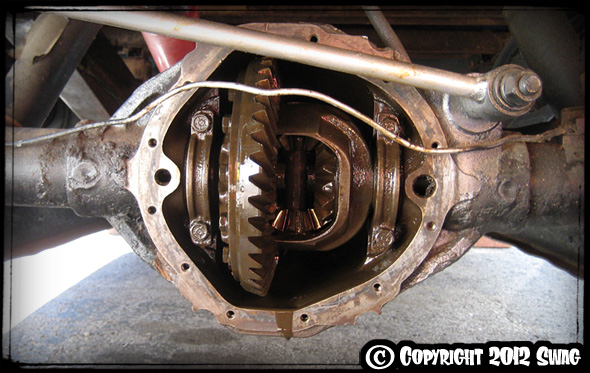 One thing I’m discovering quickly… is that the parts on these old trucks (or at least mine) are sometimes a mystery. Found that out with the carb, the column, speedo cable and now with the gasket for the diff cover. I’m not sure what this rear end is out of, but the gasket that ended up fitting was for a later model Chevelle. It’s a 12-bolt pattern while all the parts houses list a 10-bolt pattern for the 1966 C-10. Go figure. 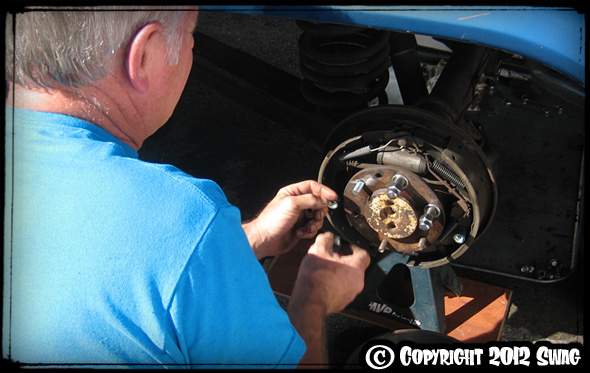 My buddy Dale also installed a couple of wheel studs to replace a missing one and a broken one. I’m such a rookie at all this stuff and I’m so thankful to have friends that are willing to help me out. I’m learning a lot and having some buddies involved (that know what they are doing) makes not having my dad around to help out a little easier to tolerate… and a little less lonely. Man, I can’t believe how much I miss him!

More to come soon… The truck should be on the road very soon!

This entry was posted on September 23, 2012 by bikerswag. It was filed under 66 Stepside and was tagged with Biker, Biker Swag, BikerSwag, C10, Chevrolet.