MORE PROGRESS ON THE ’66 STEPSIDE

Progress on the ’66 step-side has been slow but things are moving along. A buddy of mine is doing a lot of the mechanical work… and I’m learning how this thing is put together.

The Rochester 1-barrel now has a re-build kit installed. At first we were just going to replace the gasket between the bottom and upper halves (that was seeping a bit) but since we had it apart, we decided to go ahead and get the rebuild kit and install it. Less to worry about later maybe. 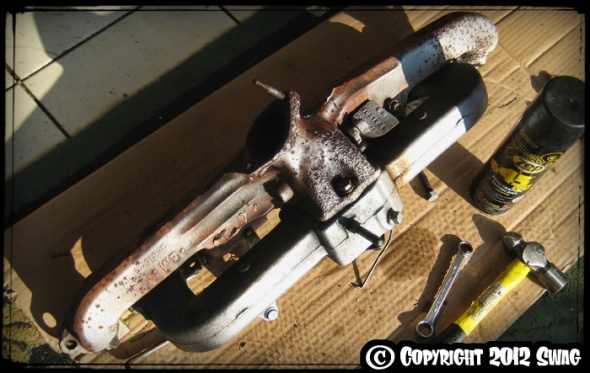 The source of the exhaust leek has been identified and a new intake gasket has been purchased and ready for installation. With the carb and manifold removed, it’s really obvious how simple this little in-line six really is. Love it! 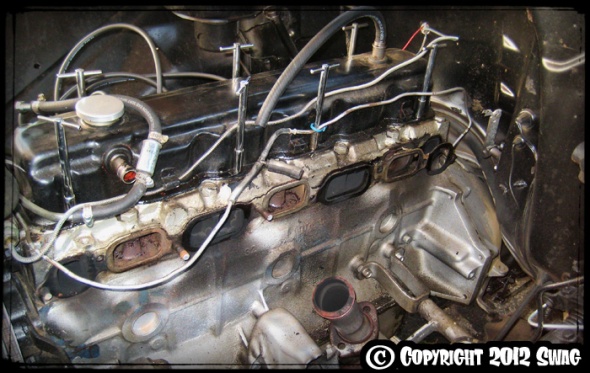 I also purchased a new alternator for the truck since the old one had a nice crack in it, right at the top mount.

Still having a little trouble locating a manual steering gear box. Mine has quite a bit of slack in it… so I really want to replace it. The pic below shows the culprit. I have a few guys on one of my forums that promise to send me one but so far none of them has. Come on guys… help a brutha out! haha.

Yeah… I know, these pics are pretty boring. So just for fun, here’s a shot of the ’66 as it sits now. Still a long way to go… but man I love this truck.

This entry was posted on September 1, 2012 by bikerswag. It was filed under 66 Stepside and was tagged with Biker Swag, BikerSwag, C10, Chevrolet.