AHHHH… THAT FEELS KINDA NICE TO ME 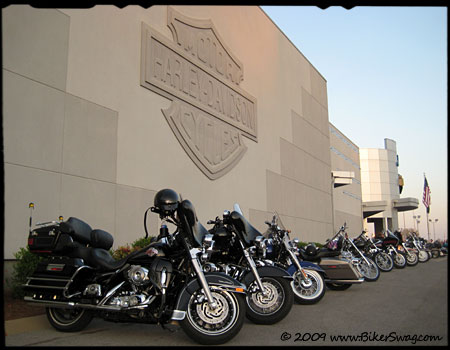 According to a recent report from the Motorcycle Industry Council… total motorcycle sales (including scooters) dropped from 2009 to 2010 by 16 precent. That’s about 82,000 fewer units sold in 2010. The biggest loser is what they call “off-highway” motorcycles which dropped a whopping 23 percent. (Ouch… that can’t be good news for my friends at Transworld Motocross Magazine!)

I guess the economy can be blamed for some of the collapse but I think a lot of it can also be attributed to the fact that the insane bandwagon that everybody was jumping on 2 years ago has come to a screeching halt. A lot of my self-proclaimed, badd-ass, Harley card carrying friends from that time period no longer even own a bike… and many that still do own one have not had it out of the garage since then.

Honestly… I’m kind of glad to see the “I’m a biker because I Watch American Chopper” crowd go away and leave the industry to the actual riders. Yes… the gravy train loads of money are probably gone but we might just be back to reality while the “what’s the next greatest thing” crowd is on to the next fad. Ahhhh… that feels kinda nice to me.

This entry was posted on January 22, 2011 by bikerswag. It was filed under Out and About With Swag and was tagged with Biker, Biker Swag, BikerSwag, Motorcycle.