For a long time we were hoping for rain in Middle Tennessee… now we can’t seem to turn it off. Things have been so bad this weekend that down in Aetna (about 80 miles southwest of Nashville) people are being evacuated in flat-bottom rescue boats. The National Weather Service even issued a statement, warning about “life-threatening” flooding. Crazy!

It’s not that bad where I live but still we are getting a ton of the wet stuff and my riding plans for the weekend have been completely trashed. (Sounds trivial compared to what the people in Aetna are facing… I know.) So… here I sit again on a Sunday morning at the local coffee shop, eating a little breakfast and writing about motorcycles instead of riding them.

To feed my 2-wheeled addiction I thought I would take a gander at the 2009 offerings from five top manufacturers and see which one bike in particular from each is the no-brainer pick for Swag’s garage. You might be surprised at my choices but here are the bikes that excite me the most.

HONDA: Yeah, I know… everyone is buzzing about the new Fury but honestly; it doesn’t do much for me. And of course there is the awesome Gold Wing but if I can’t seem to get past the ST1300. The combination of sportbike looks and performance with touring comfort seems like a winning combination to me. This bike makes me want to take a month off and ride to the West Coast and back. 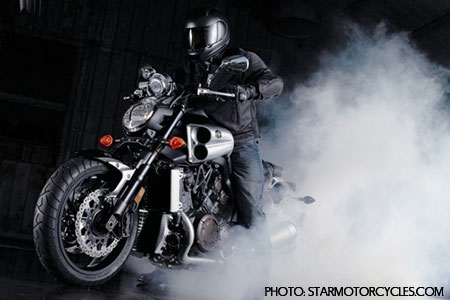 YAMAHA: I’ve been a distant fan of the mighty V-Max for several years now and the 2009 version is as bad as ever! I mean what’s not to like? Muscle car looks meets better than muscle car performance.

SUZUKI: Check out the new Gladius. An aggressive looking 650 with street fighter looks… this bike seems like it would be right at home… both in the canyons and on the morning commute to work.

KAWASAKI: Hands down… my choice from Big Green is the Ninja 250R. It’s been a long time since I got excited about a 250cc motorcycle that didn’t have knobby tires on it but this thing has all the “cool” of it’s big brother Ninja’s but is entry rider friendly with its 333lb dry weight and easy to digest MSRP of $3499. My guess is that Kawasaki is going to own the 2009 entry-level market… but may also gain a lot of “bike #2” business from the experienced rider looking for a commuter . 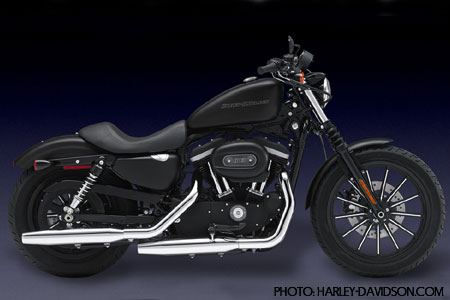 HARLEY-DAVIDSON: As I did with Kawasaki… again, I am foregoing the eye candy and all the bells-and-whistles to go with the entry level Iron 883. Are you telling me that a rider can get into a H-D bike that is dripping with Harley attitude for under 8 grand? Uh… yeah. H-D has a real winner here.

This entry was posted on May 3, 2009 by bikerswag. It was filed under Out and About With Swag and was tagged with Biker, Biker Swag, BikerSwag, Gladius, Harely-Davidson, Honda, Iron 883, Kawasaki, Motorcycle, Ninja, Sportster, ST-1300, Suzuki, V-Max, Yamaha.